Politics over people – lessons for the entrepreneur ecosystem

You are here:
News 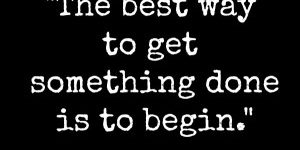 The excitement of a new cabinet or new leadership is waning for the startup ecosystem – we’ve been here before.

Folks it’s groundhog day. We will get our heads around the new order and we will respectfully make the procession to meet the new kids on the block and hear their vision for their portfolio’s that impact on us (innovation, business, trade, investment).

There is a fear that the change is cosmetic, not real. We will realise soon enough that the more things change, the more they stay the same.In the past few years we have seen a revolving door of leaders and ministers affecting our relationships and our expectations. All well intentioned, some delivering change, opportunity, but none in it for the long haul. We know that each new minister brings their own take on things and programs change and agencies realign.

The hope is that things will be different for the ecosystem this time. Thankfully, we have the Hon. Arthur Sinodinos AO. A man with the network, the ideas, the nous and the grit needed to make change for the better. He is matched with the Hon. Ed Husic MP – a great listener, student and leader who has immersed himself in the ecosystem over many years. He is well regarded and has a very clear idea of what the ecosystem wants to achieve and what it needs to do so.

Decisions will always favour politics and saving face, even if Rome is burning. We’ve seen this time and again, particularly in the very expensive mistakes we see politicians, their advisers and agencies repeat without recourse.

We got our priorities wrong

What is unbelievable is that the VET-FEE HELP, the home insulation program and e-Health, or the ongoing failure of the NBN seems to have impacted little on the way things work in government. Even Martin Parkinson, Secretary of the Department of Prime Minister and Cabinet speaks frankly about the need to work differently.

“We know, but we keep making the same sorts of mistakes and we have to keep asking ourselves why. What is it that about the way we think about doing things that’s leading us to repeat these issues?” – Martin Parkinson, Secretary PM&C

I believe much of the problem is about saving face – la bella figura. Riding the storm over solving the problem and admitting failure. While I totally understand the need to hold it together under duress, I also believe that the world is changing and that the public expects and deserves greater accountability for how public monies are spent and services delivered.

A really good example is the fact that a remote town in NSW has a number of people needing dialysis, yet there is a dialysis machine sitting in the golf club that the community fundraised, the Health Department will not run it in the local base hospital. So people (mainly Aboriginal) who cannot make the 3 hour trip to the main town hospital, end up dying.

I cannot understand how the heck people can live with themselves when decisions like this are made and they literally are affecting people’s lives. We also know that there are some communities where few young people are untouched by sexual assault, yet they still live with the perpetrators.

The system is failing people and the decisions made on a daily basis by their very nature are disempowering communities. In politics however, these decisions are made daily and there is no transparency and accountability.

We need to turn this upside down and see that the current approach is costly and damaging. Politics is about systems over users, process and outputs over outcomes. In part this is because election cycles cause the need to focus on re-election a year out so it shortens the ability to focus on long term plans.

So if we can accept that decisions are made on that basis, we can truly realise the scope of what we can influence, framing the opportunity around how we can facilitate the realisation of their goals. If we are committed to a specific path that cannot be adapted to the goals de jour, then we should just carry on and get on with it. Just like the startups disrupting the service system and government, like Catylisr, Refugee Talent, HireUp and EnabledEmployment continue to do.

For many in the ecosystem that have engaged with government and politicians, they have realised that government doesn’t move quickly, it is not agile, even in the face of an enthusiastic minister, we see that there are a number of hurdles to get something unsolicited on the go.

It’s not good or bad – just a reminder that if we want to get things done – then it is up to us.

As many have quoted the Uber’s and Googles and Apples did not get government support – if they did they would still be a pipe dream and not the successful companies they are today.

Paul Shetler, former head of the Digital Transformation Office has said competition is important to build big companies that compete on a global stage, yet we persist in wanting the leg up without realising that comes with very long strings and distractions.

A great example of how to do it is set by Code Club founder Annie Parker (co-founder of LighthouseSydney) who effortlessly builds prototypes or pilots with a view of build it and they will come – the success of Code Club now reaching over 1500 schools and receiving some government support happened because Annie proved the model, then sought support. Annie has done this a few times (muru-D, TechFugees Australia) and will continue to lead the way for a more independent and rigorous method of launching companies because she does not rely on government to get big ideas started, nor does she rely on government to sustain them – BIG TICK.

Lessons for the ecosystem

The sooner we accept the way things are, the quicker we can be unencumbered by the very bureaucratic nature of government.

I recognise there are some great grants around now for startups from state and federal governments but I suggest you take a leaf out of the NGOs that, after decades of relying on government support, are now faced with government paring back and the necessity to find alternative sources of funding.

CEO of the NSW Council of Social Services, Tracy Howe is determined to reduce NCOSS’s reliance on government funding and has led her organisation and its members to rethink the status quo. It is imperative people start thinking about this because the truth of the matter is you will get things done faster and without the rigid strings of government funding.

The NGO sector also knows that the best time to get attention and support is around elections when any number of announceables will be considered.

Don’t wait till the new government or minister has been sworn in, start early, work both sides of the aisle and ensure that they understand what you’re trying to achieve, who it helps, what it delivers and how it helps the government.

So for those on the eastern seaboard state elections in QLD and NSW approaching in the next two years, as is the federal election. It’s going to be a great opportunity for those in the circle to get some traction, as long as it fits with the agendas of the day. The alternative is to join me and the band of others just getting on with it and be ready with proven models and ideas to slot in to the ever sliding and changing agendas.

Anne-Marie Elias is a former senior ministerial adviser and public servant, she left in frustration to advise corporations, government and NGOs on positive disruption and change.

Anne-Marie is a speaker on innovation, collaboration and disruption. She is an honorary Associate of the Institute for Public Policy and Governance, UTS.

Anne-Marie is on the Board of VibeWire; Western Sydney Women; the Australian Open Knowledge Foundation; Autism Advisory Board, and the Settlement Services International Foundation.

No S^*t Sherlock – The public sector needs to do things differently
4 January, 2017

Disruption as a catalyst for change
8 December, 2016