Disruption as a catalyst for change

You are here:
News 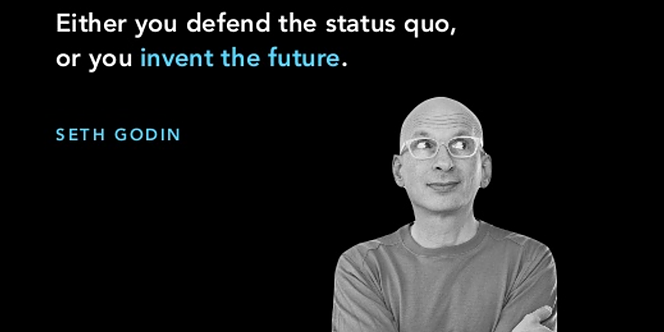 Disruption is not destruction. Think about it. When a system is jarred into a pattern of response that is not working it will be disrupted, you can’t just meander along and hope for the best. That’s because we know that the status quo is unacceptable and unsustainable and it is urgent to find another way to deliver better outcomes. It’s also because there are outsiders who will disrupt you – think the Taxi Council and Uber. They saw it coming and they did nothing, until they had no choice.

Disruption is not a bad thing or something to fear, it just needs to be contextualised in its evolution to drive transformation. I honestly believe that you have to call out what isn’t working as I do often, through my blogs and through my work as speaker, consultant and in public forums. I draw attention to systems that can be improved and systems that have failed and I showcase the new world of digital transformation, startups and innovators that are part of the disruption of government and NGOs.

So, positive disruption is a thing, Nigel Rushman says:

“But disruption can be a positive – sometimes vital – catalyst for change. It can challenge old assumptions, ignite conversations, activate authorities and expose new possibilities. Disruption can shed a unique light on difficult issues, giving a fresh urgency and perspective to the challenges of our global community.”

I believe in disrupting the status quo so we can improve the way we design and deliver systems and services that respond to users needs and deliver better outcomes.

As the Secretary of Prime Minister and Cabinet, Martin Parkinson said recently in his speech to the IPAA ACT in Canberra as reported by The Mandarin:

“Disruptive forces like the fundamental shift to public expectations of government; consumer directed demand for government services; and the ever-changing capacity of technology to support and improve service delivery are certainly not unique to the public sector. They impact on our work as much as they impact on the work of the private sector.

Despite this, it seems that many in the APS think that disruption is something that is happening to other people. Conversely, we have a view that innovation is either a buzzword or something that is nice to have.
I want to be clear, that’s a false reality, and a dangerous one. It feeds into a concern I’ve expressed previously that we in the APS are at risk of a fatal combination of ignorance and arrogance.”

That’s not me saying this, it’s the most senior bureaucrat in the Commonwealth Government.

The other day I was told by a senior public servant that I should lose my title Chief Disrupter, because government had moved beyond that – she told me about a ‘new thing’ – co-creation.
I had to laugh. Forgive me for being brash – but we did that 20 years ago and it clearly didn’t work because co-creation in government is code for lets appear to listen and then do what we have to do – just ask any community with high unemployment and social exclusion feels about how co-creating with government is working out for them ?

Anyway it makes me smile when people get uncomfortable about my title – it gets people thinking and there are those that love it and those that fear it.

Those that fear it do not understand it and reveal a desire to maintain the status quo, continuing to waste time and money.The echo chamber is alive and well I think people are getting very uncomfortable about disruption in government. The last bastion of the un-disrupted – government believes this ‘fad’ is over and they can just settle back into their old ways.

I know that many bureaucrats and politicians don’t understand disruption and how the act of disrupting – fixing what isn’t working, trying new approaches with different people and challenging the status quo – is an imperative for transformation, otherwise things never really change they just appear to do so.

Few people are brave enough to call it, but last week former head of the DTO and Australia’s first Chief Digital Officer with the newly formed Digital Transformation Agency, Paul Shetler belled the cat in a recent blog:
“The blockers to positive transformation are structural, cultural and skills-based. During the last 16 months at DTO and now at the brand-new DTA, we’ve also seen just how painful it can be for government to get on with delivering good digital services.”

I had the opportunity to meet one of the team working on Citizenship who had spent time in the DTO co-designing the Citizenship exemplar who told me she learnt a lot about the importance of user centred design and was very excited to apply this way of working with her team to solve other problems – that’s true transformation.
Shetler defines disruption as not disrupting government but rather “bringing government in the 21st Century through digital.”

He says that disruption is about government preventing the disruption from the outside, by driving its own disruption.

This is a fundamental distinction in defining disruption as a method bringing about transformation with digital as the enabler.

Disrupt or be Disrupted

I also advocate the use of tech to solve complex social problems and collaborating with startups already disrupting government.

Start ups disrupting government are sprouting everywhere, often drawn from the shared or lived experience of failed systems, using technology as an enabler.

I recently came across Whispli a secure two way communication platform that will totally disrupt government, whether they take it up or not. Whispli is a place for people to anonymously raise their concerns and that will make it harder for corruption, fraud, abuse, bullying, cover-ups to occur.

The abuse in care (aged, disability, out of home), the overspend in all the wrong places, the bullying will be harder to cover up and people will be empowered to speak out without compromising their identity for fear of retribution.
Journalists are using it to allow anonymous sources to report and two way communication which allows questions and answers beyond the initial report.

Jordan O’Reilly is disrupting government funded services in the disability space with HireUp an online platform that gives people with disability the power to choose their support workers and its challenging the service system to be more innovative and user centric.

This is what disruption is all about, broken systems will be disrupted from the outside whether we like it or not.
The wise one’s acknowledge this and seek out the relationships and partnerships with those who can help them get there.

The rusted on status quo people will linger on in their echo chamber and will be disrupted by someone from within who leaves to make a difference on the outside they couldn’t from within. Intrapreneurs take note.

Building capacity from within

“Unfortunately, too many public servants…. are often reduced to human APIs – … stuck processing the repetitive common cases that shouldn’t need any human intervention at all. This is a waste of their talent and initiative.” Paul Shetler.

Shetler is right, the bureaucracy is wasting human talent and stifling initiative and creativity of people who can and want to solve problems.

The intrapreneurs within the public sector need to be nurtured and supported and be given permission to disrupt, change and transform programs.

They need to be given the permission to try, test, fail and iterate and apply methods like user experience, co-design and digital as an enabler.

The issue is, if we don’t recognise the problem we cannot change anything, we are stuck repeating what we know isn’t working but are powerless to do anything differently because of the resistance and the echo chamber.

There I said it – bureaucrats live in an echo chamber where the stiff upper lip is survival – everything’s alright when it clearly isn’t but they keep saying it and it will be alright – at least in their bubble.

The bureaucratic echo chamber is alive and well and that is what needs to be disrupted.

Those resisting or avoiding disruption need to take a long hard look at themselves and their organisations, what’s there to fear in changing the way we do things?

What is there to fear in admitting that something is broken and that you don’t know how to fix it or where to start? The culture of bravado means we keep up appearances that we are doing a good job and that the status quo is acceptable.

It’s time to reset for 2017 and while 2016 has been generous to innovation, tech and startup, we now really need to unravel the hype and take a good look at how you can lead the disruption in your agency, team and understand that you do not need to embark on that journey alone, there are entrepreneurs and startups who would love to help you solve your problem.

As Seth Godin says: ” either you defend the status quo or you invent the future”.

You know you want to be part of inventing the future right?

And the final word, goes to Martin Parkinson:

“There is only one certainty in the current environment and that is simple: if we don’t embrace innovation, if we don’t recognise the disruptive forces around us, if we don’t get on board with the ethos that the Prime Minister has espoused, the APS will be left behind. And if we’re left behind, we become irrelevant and as Fiona Stanley said, what is the point of getting up each day to be mediocre?”

When you are ready to be disrupted in the way you believe the problem can be solved and you are willing to collaborate outside your bubble and echo chamber, shout out and I’ll connect you to the ecosystem.

Anne-Marie Elias is a speaker and consultant in collaboration, innovation, change and disruption. She is an honorary Associate of the Institute for Public Policy and Governance, UTS.
Anne-Marie is on the Board of VibeWire; Western Sydney Women; the Australian Open Knowledge Foundation; Autism Advisory Board, and the Settlement Services International Foundation.

Politics over people – lessons for the entrepreneur ecosystem
20 February, 2017

No S^*t Sherlock – The public sector needs to do things differently
4 January, 2017